It’s a great time to be a seller. But, don’t buy all the hype. There’s a difference between what the newspaper says and what you or your clients will experience. It’s not much ado about nothing, it’s much ado about little.

In this update on 2018 M&A activity, we’ll dig into valuations and multiples, interest rates, tax reform, and the fight for talent. The conclusion will look at a few of our first-hand observations.

Remember, as always, everything we cover is in the context of our dealmaking scope. That means we’re talking about companies that are mature (not start-up’s), privately-held, and small- to lower middle market-size (revenue ranging from $1M – $50M).

Although newspapers and the guy at the country club may be saying otherwise, valuations have held pretty steady for small businesses.

In businesses with less than $3M EBITDA, buyers are paying a multiple of 4-6x. Over the past ten years, this has slowly drifted upward from 3-5x.

In general, deal volume has decreased but valuation has increased. Auctions are more competitive and bets are getting concentrated, meaning more money is going into fewer companies.

The following charts quantify these observations. 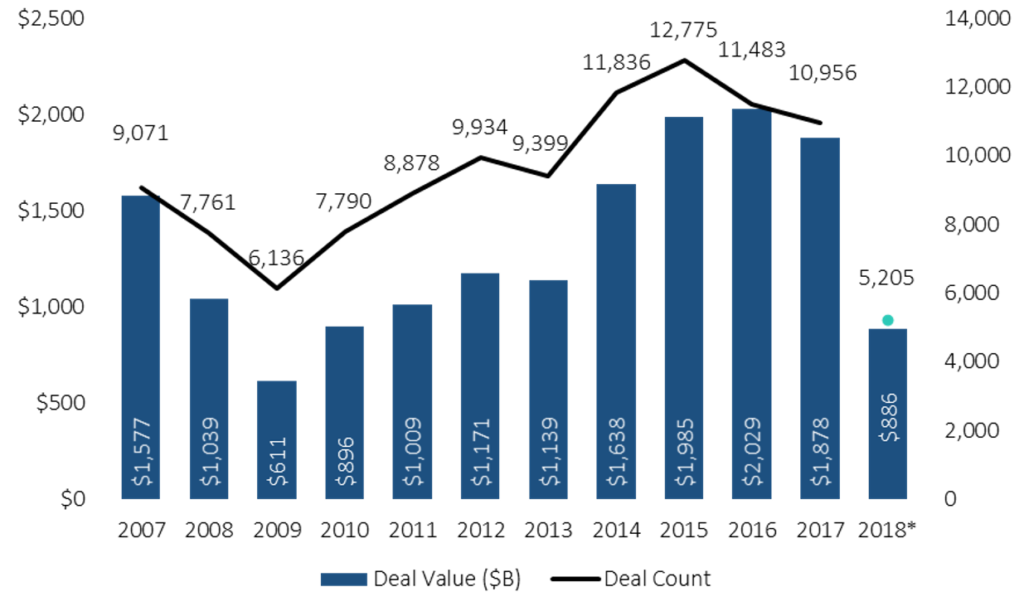 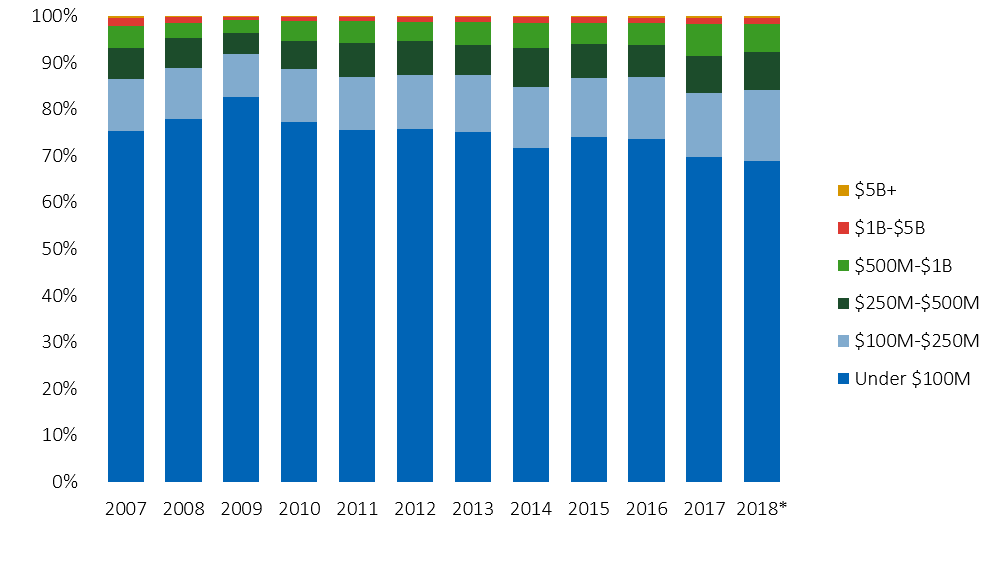 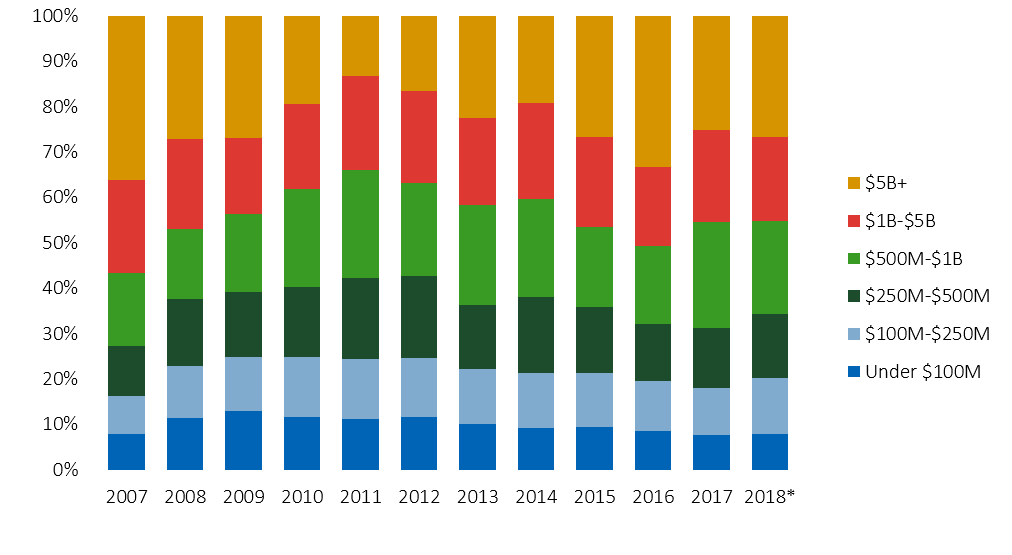 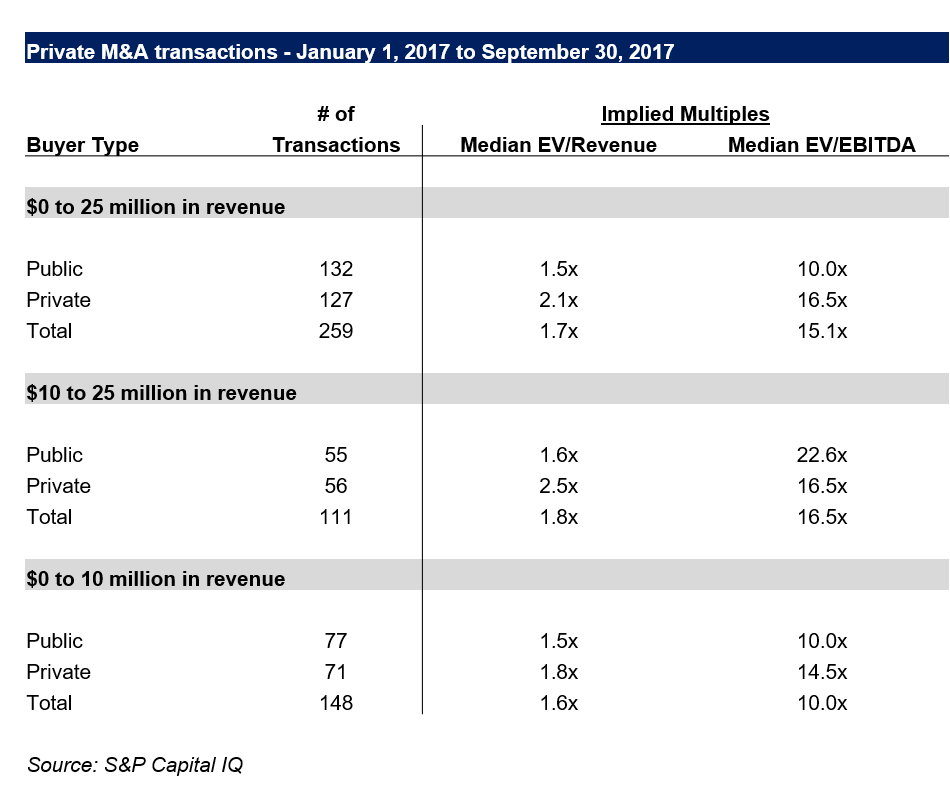 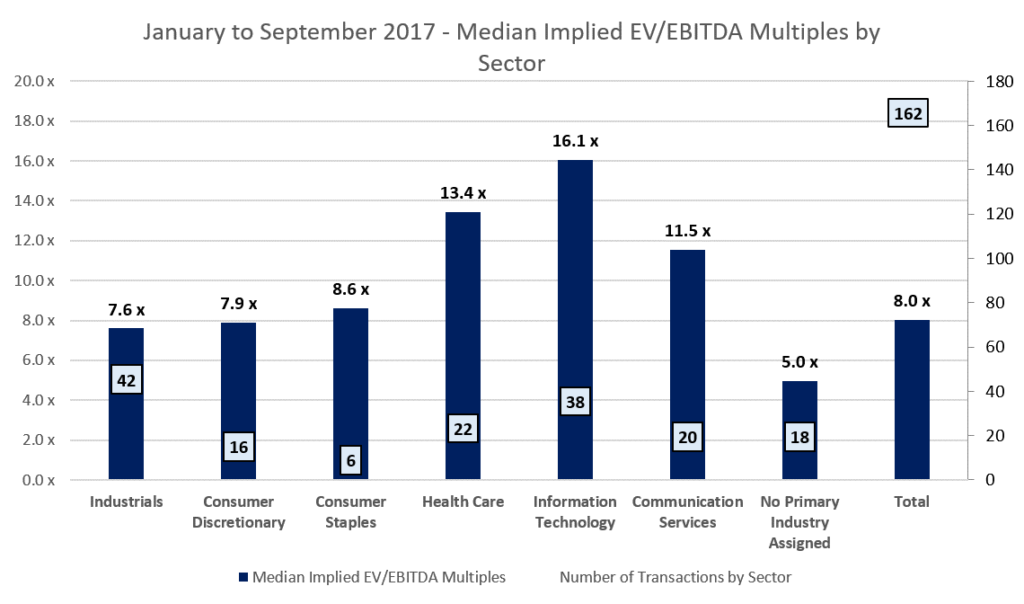 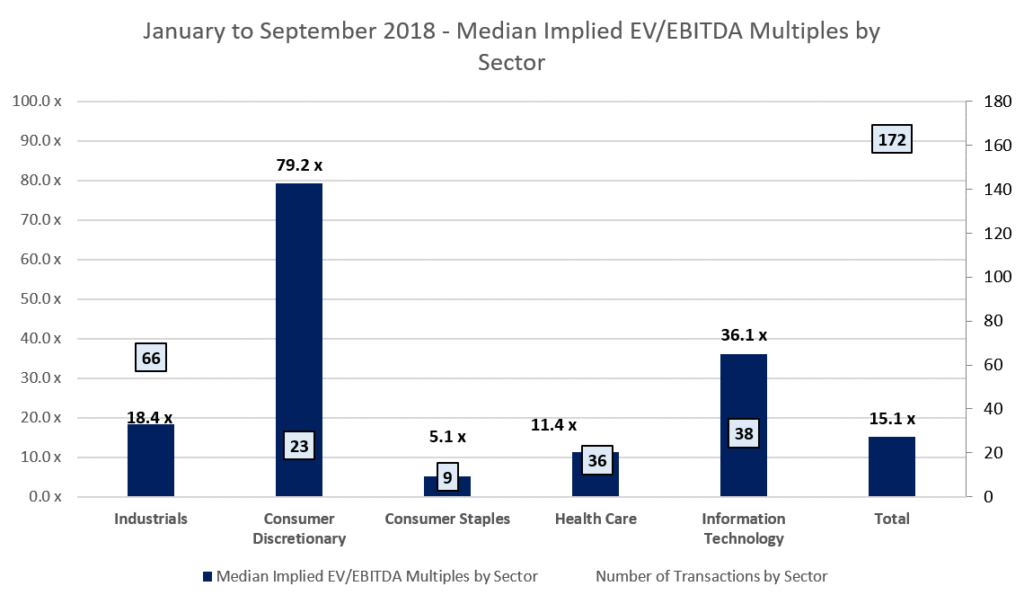 Note: The 2017 multiples were higher than 2018’s. But, this data isn’t perfect. These transactions aren’t necessarily reflective of what we see in the market. Private transaction data is always going to be incomplete. There is a lot more going on than reported.  Most of the data above is what the research team at CapIQ can find and verify. We chose to use it because it’s the least worst data available.

Even though the market isn’t as inflated as the headlines may make us believe, business buyers are still feeling the pressure.

Fundless/Independent sponsors are adding competition in the fight for deals. New entrants into the middle market also include firms that historically only dealt with larger deals.

Corporate acquirers, in some cases, are opting to grow organically instead of paying such steep multiples for acquisitions.

Interest rates haven’t been a large factor in our brand of M&A so far.

The Federal Reserve raised interest rates a quarter-percentage-point to 2.25% in September. That puts WSJ Prime at 5.25%.

Higher interest rates are just beginning to impact buying power. This isn’t going to present a major issue for a while because rates are still low compared to historical norms.

With the results of the midterm election taking affect, changes in tax legislation is naturally on the mind. But, tax reform on its own has not created more sellers nor limited buyers. It’s simply a cost of business that needs to be planned for.

Everybody is saying, “Talk to your CPA about your taxes, there is a lot of new stuff,” but no one feature of the tax code is really moving the needle for our clients and prospects.

In contrast, everybody was talking about the Affordable Care Act in 2010.

The Fight for Talent

With higher valuations, management teams of private-equity owned companies must then reach higher EBITDA goals for returns to the private equity higher-ups.

This means good operators become even more important and the fight for talent is gaining momentum.

There will possibly be a hollowing-out of the talent pool in the coming years. The Boomers are getting out and in many cases the “bench” of talent behind them is thin. Experienced C-suite operators, people who could become them, are in short supply and will get even more rare.

For sub-$2M adjusted EBITDA businesses, most buyers will still use bank debt with an SBA guarantee.

The multiple will be around 4-5x adjusted EBITDA.

For $2M+ adjusted EBITDA, the buyer is more likely to use conventional bank debt instead of an SBA-backed loan.

It’s hard to know how high the multiple will go. For $5M+ in EBITDA, starting bids are apparently at 7-8x and up in most cases.

Valuation is calculated, price is negotiated.

You get your price OR your terms – not both.

There are loads of people who could buy your business – just not at the multiple you might want. The buyers who could make an acquisition with a higher multiple are few and far between and make acquisitions on a less frequent basis. 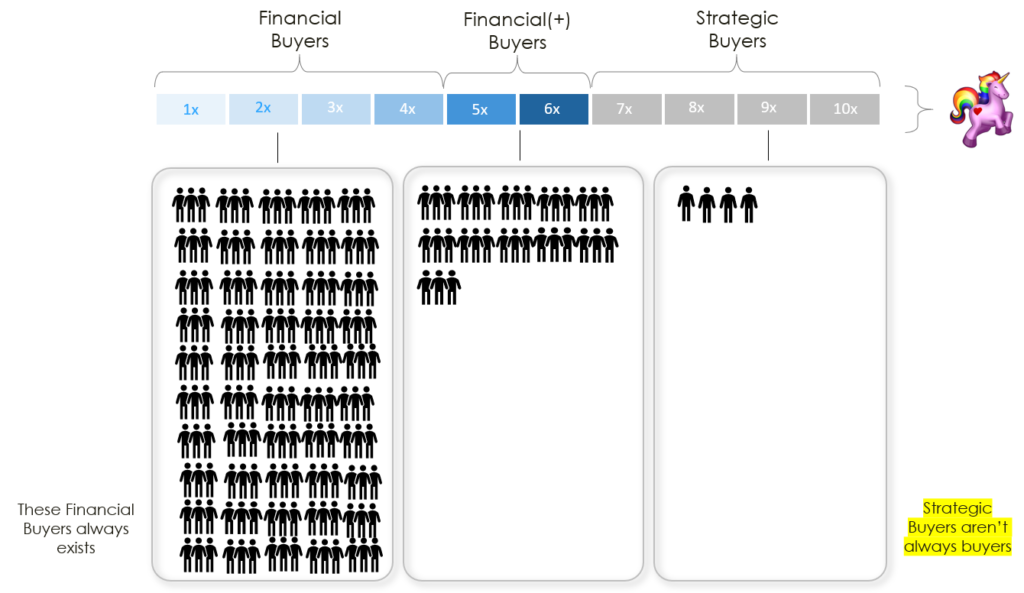 Even in this bull market, set yourself up for success by managing your expectations.