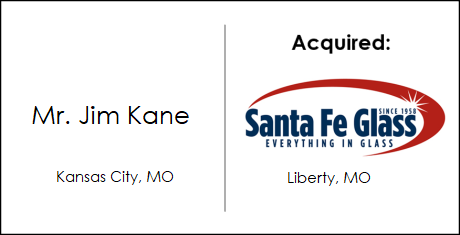 James (Jim) Kane spent over 20 years in the US Army, where he was promoted to the top 5% of the profession and graduated from the highly selective School of Advanced Military Studies. After closing out his military career as a large-scale operations planner, Jim moved to the civilian side, where he most recently saw Sprint through the acquisition by T-Mobile as a Senior Business Intelligence Analyst.

Founded in 1958, Dan and Nancy Donovan bought the Company from Nancy’s parents in the 1980’s. Growing the business to several locations, and 50+ employees later, Dan and Nancy decided it was time to retire after they received a letter from The DVS Group inquiring on their interest in selling their company. Dan and Nancy enjoy spending time traveling to warmer places and are glad to have Jim take care of their employees and longstanding legacy in the community.

The transaction closed in just over 60 days from signing of the Letter of Intent and was led by Associate Mandy Prather for The DVS Group. Using SBA financing, the deal was structured so that Dan and Nancy could retire comfortably. Jim made sure key employees were taken care of and remained employed to ensure the success of the Company. Almost three months after the acquisition, Jim is looking to further expand Santa Fe Glass, and he’s even looking to pay it forward, helping other Veterans acquire their own businesses.