Skip to content
How One Business Owner Successfully Sold His Business
April 25, 2019by Karina Winkelman

Jeff Hutsell sold his company, Levels of Discovery, in 2013. Four years later, in 2017, we interviewed Jeff to find out what he recalls about the process and what advice he has for others. We’re reposting the interview because we believe stories stand the test of time and are one of the best ways to learn.

The DVS Group: How did you decide to sell Levels of Discovery? 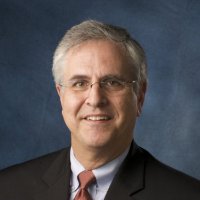 Jeff: I was a Vistage chair at the time and had just started my second group. So I was starting to get really busy. I think Kevin and I were having lunch one day and he asked, more as a friend, “How long are you going to keep doing Levels of Discovery?” And I said, “I don’t know. I haven’t even thought about it.” It was kind of your typical owner situation.

So Kevin helped me clarify what’s going on with that company versus the new thing at Vistage. It was pretty easy for me to say, long- term, I want to be doing Vistage more than I want to be doing Levels of Discovery. Because of that, Kevin reminded me that Levels of Discovery wouldn’t be getting my best thinking and wouldn’t grow so maybe I should sell it. I hadn’t thought about that.

Why didn’t you consider selling Levels of Discovery beforehand?

I thought of my company as too small to sell. Kevin explained that it was a sale-able proposition. That was helpful. The assumptions we all have about buying or selling a company are based on what we see on television or read in the newspaper. When a lot of the time it’s just two people trying to fulfill two different ends of a dream.

You sold your company to Tim Haake, a DVS Group executive buyside client. What was that process like?

During our first two or three conversations, I didn’t really understand that Tim was a client of The DVS Group. I thought Kevin, as a friend, was helping me sell the company. I met Tim and we talked and talked. The whole first meeting was mostly just talking about each other – trying to find connections.

What kind of connections?

Kevin and Ben were saying, “You guys are both from Kansas City. Do you know so-and-so or how about so-and-so?” Once that happens, you actually start to build a foundation of trust. Which is far better than the first meeting asking, “Jeff, what kind of multiple do you want?” Or Tim saying, “With this kind of cash flow the multiple should be this.” But that’s not what this was about. Tim and I were two people that Kevin and Ben liked and they said, “I think we have a transaction that can help both of you out.” It felt more like friends guiding than investment bankers selling.

Can you describe the process after you knew you liked Tim and wanted him as your buyer?

Kevin asked me for a whole bunch of stuff about the company. I just handed him the file and said, “Here, you figure it out.” He took that and put it together. Along those lines – that business stuff – the DVS Group team would just kind of handle it. They asked me a question from time to time and said, “We’re just trying to put this in a context so the buyer can understand what they’re buying.”

My greatest desire was to make sure the manufacturer that I had worked with, who was a friend of mine, got paid. And that he was going to get paid out of my positive working capital, accounts receivable and inventory. If I got that all done, I was pretty happy.

But I was not emotionally involved in these beginning stages at all. Which was interesting to me because I remember Kevin saying, “This is a very emotional journey. You won’t believe the drama that happens.” So I’m six weeks into this and I met a really nice buyer. The DVS Group team said, “We need all this paperwork” and I said, “Will this file do it?” and they said, “Yep.” Kevin explained what he thought the offer could be and an LOI came back that reflected his comments. And I’m like, “Well, this is easy! Where’s all the drama?”

I’ve told people 100 times – business owners come to me and say, “The buyer made an offer. I got an LOI. I have my company sold!” And I just kind of shake my head and say, “Put on your seatbelt. The ride is about to begin.”

With the first stop on that ride being due diligence, right?

Yes. I’m presuming we’re hours away from signing this thing. And, while it wasn’t a long time – I don’t remember the exact timeline – I just remember some of the intensity. The due diligence process was like a medical examination I’ve never had in my life. I couldn’t believe how many things I had to go find.

Tim’s attorney and my attorney were asking for all this stuff while Kevin and Ben were refereeing. I didn’t even know what half of the stuff they were asking for was. So, somebody determined – usually Kevin or Ben – that piece of information is not relevant to our situation. Then they would talk to all the parties to get everyone to agree to that. So, due diligence was well and good. It was pain in the neck and took a while but none of it was emotional yet. Then this thing showed up called representations and warranties.

Oh boy. Can you describe that process?

Well, that’s when the titanic hit the ice burg. I felt like I was under a deposition the entire time.

Here’s what a conversation with the attorney looked like:

So, how were some of those back-and-forth risk-sharing issues resolved?

Well, Kevin and Ben called a meeting without the attorneys to pull Tim and I back together. They said, “Ok, we’re going to see how much of this we can get decided today. None of this is binding because the attorneys aren’t here but let’s see what we can do.”

I remember Kevin said, “Let’s start off the meeting with – Tim, you tell Jeff and Jeff, you tell Tim the reason why you want to buy or sell this company to the other person.” In retrospect, that was brilliant. I thought it was kind of weird and interesting at the time. But rather than diving in on point one of contention, we started with what we had in common. Plus, it literally made us chuckle.

That meeting was a breakthrough for getting the transaction closed. Tim said on two or three things, “I really don’t care and I understand where you’re coming from on this.” And I said, “Look I really don’t care on these. There is really no risk here.” So, we split the risk – “These two are yours. These two are mine. We good? We’re good.”

That’s cool to hear how that meeting was so vital in moving the deal forward. Were there other valuable ways The DVS Group helped in the process?

The DVS Group helped tell me when things were emotionally off-track because that’s when they were there the most for me. Kevin got a copy of an email that I was sent from the attorney – he knew by reading it that it was going to frustrate me so he called me on a Sunday night to talk through the situation. Throughout the sale, he probably said about ten times, “Is this the hill you want to die on? You only get one or maybe two in this whole process.”

The DVS Group also reminded me why the attorneys had to do what they had to do. The attorneys were hired to be sure I didn’t get hurt and if that included not getting the deal done, so be it. It was nice that there was some other third-party out there other than Tim and I trying to get the deal done – and that was Kevin and Ben.

After selling your company and walking through it with some of the business owners in your Vistage groups – what advice do you have?

Now that I’m a Vistage chair, I’ve gone through this with about ten different companies. It is always the same.

Sellers are very confident through the stages of – I found a buyer, maybe even agreed on a price, and agreed on some of the basic terms. But then it gets down to – what’s my pay for the next three years? How do I get paid the last half of the value of my company? What happens to my employees? The name of the company? Liability? What do you mean escrowing 80% of the purchase price for 900 years? What is going on here?

Whenever you’re in the middle of a big decision or process, constantly remind yourself why you’re doing what you’re doing. Especially, when it starts to go off track. Because the deal dies more often on emotions than on numbers.

That’s what so funny. When you spend time talking about investment bankers, everybody asks, “How good are they at doing valuations? How good are they at gathering documents? Doing audits?” None of the emotions had anything to do with any of that – none of it! When someone is asking you to represent something and you represent it and they say, “We don’t believe you. We want it in writing”, that hurts. That’s an emotional stab in your character.

That’s the magic stuff I think The DVS Group does. I’ve heard Kevin say, “That’s not the right buyer for this seller” or “That’s not the right seller for this buyer” and “Great company but you two are going to kill each other before this is over and we’re not going to let you do it.” There’s a lot of value there. The DVS Group knew the emotions of selling the most emotional thing I had. They knew how to find the right person to carry on my company.